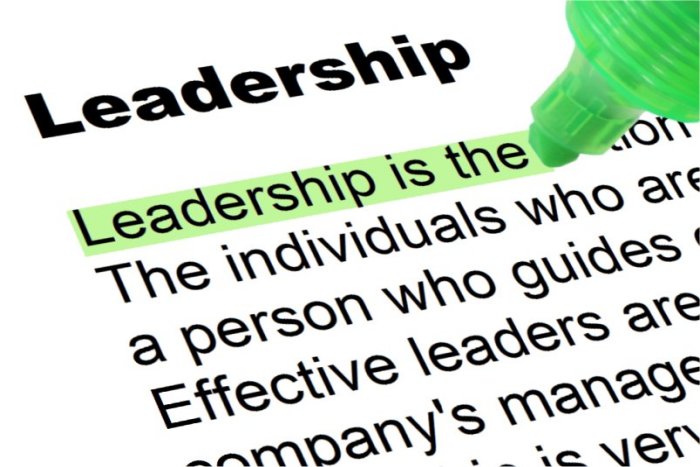 Nearly 20 years after California jump-started a national dialogue on medicinal cannabis, the Legislature and the Governor have succeeded in negotiating a set of new bills to bring law and order to the Wild West economy of legal cannabis in California.

Should the governor sign his name to the package of bills the Legislature approved last month — AB 266, AB 243 and SB 643 — there will be profound changes in the industry; standardized licensing requirements and processes, tight restrictions on water and pesticide use, consumer safety standards, and public safety regulations that tightly control the distribution of cannabis from where it is grown to where it is sold.

It is imperative to get these regulations right and to implement them as soon as possible. Having worked with the authors who negotiated and secured passage of these soon-to-be laws — Senator Mike McGuire, and Assemblymembers Rob Bonta, Ken Cooley, Reginald Jones Sawyer and Dr. Jim Wood — I know that is exactly what this package does.

The negotiation of this package was a huge breakthrough that sets us up to have an even more important discussion: how to ensure medicinal cannabis dispensaries (MCDs) fully comply with our tax laws.

Currently, it is estimated that one-quarter to one-third of legitimate medicinal cannabis dispensaries (MCDs) comply with state tax laws. In any other industry, those would be atrocious compliance rates whose businesses would be penalized for not following the law. More importantly, I believe these compliance rates would be significantly higher if MCD’s were not barred from basic financial services at banks and credit unions.

Achieving full compliance, and bringing in the tens of millions of tax dollars being left on the table year after year, requires a formula with some very complicated variables.

To help gain some insight and clarity on these issues, I went to Colorado to meet with the first officials in the country to have wrestled with these very questions.

Now, Colorado’s population is roughly one quarter the size of California’s. It follows that their consumption of cannabis will be correspondingly lower as well, in real terms. That assertion is reinforced by the fact that Colorado has 549 dispensaries, whereas California has nearly 5,000 cannabis-related businesses. So consider the following:

It is clear that Colorado is doing a much better job of collecting the taxes generated by the cannabis industry, and there are some lessons that we should take away as we deliberate next steps in California.

During my trip to Denver, I met with key staffers in the governor’s office, with banking and credit union officials who have tried to work within recent federal guidelines to bank the industry, even when federal laws that clash with Colorado laws, with growers and dispensary owners, and with the compliance software officials who have provided the technology that allows the state of Colorado to track every seed, seedling, plant and product sold within the state.

Colorado has established a model that is working for the needs of Colorado. We need to take their example and adapt it to California. The first step in this process is recognizing that the vast majority of MCDs would pay their fair share of taxes, but for the two primary roadblocks that are keeping them from full compliance: fear of prosecution by the federal government and lack of access to banking services and financial institutions.

On the first issue, the recent package of legislation approved by the Assembly and Senate should encourage more compliance because it establishes exactly the kind of framework that satisfies the United States Department of Justice Cole Memo, which sets benchmarks for what states have to achieve in order for the federal government to essentially turn a blind eye in the conflicting state and federal laws on cannabis.

The second issue, however, is far more challenging — it is the huge, billion-dollar elephant sitting in the room. We need to address the lack of banking and financial services directly if this industry is to truly move out of the Wild West economy it has been operating in for almost 20 years.

Although Colorado and California are different in size, the biggest takeaway from this trip is that Colorado has faced tremendous growing pains, and is still working through major kinks two years after legalization. This is in no small part because of the tenuous nature of an industry that is primarily confined to being an all-cash operation.

California is too big to fail and other states are banking on the successful and safe integration of this industry into our economy. This is why it is critical that we learn from the other states and get it right.

There are five key lessons that we need to understand as we move forward.

First, the federal government needs to prioritize and proactively work on this banking inequality. If we are truly concerned with illicit activities and homeland security breaches, we need to get cash off of the streets and track all financial transactions — and that means allowing legal state businesses to access services from banks and credit unions.

Second, California community banks and credit unions should look to Colorado for best practices, and California MCDs should be proactive in working with local financial institutions to achieve some level of financial services. Under the Cole Memo and FinCEN guidelines, the rules for financial institutions to accept cannabis-related money are more stringent, but not impossible to meet. At least six community banks/credit unions (and an estimated 200 in the entire U.S.) in Colorado have decided to bank the cannabis industry, some of whom are using technology platforms to achieve higher due diligence and maximum transparency of their clients — which also generates more revenue for the state.

Third, the State of California needs to be a catalyst in finding an intermediate-term financial institution for MCDs. Colorado’s example can be instructive for California. Colorado chose to forgo creating their own state-chartered financial institution, and instead they chose to let the private sector work to solve the banking problem — a decision that has run up against the hard reality of the federal government’s refusal to allow banking services for legitimate, legal state cannabis businesses. In November of 2014, Colorado awarded a state charter to the Four Corner Credit Union (“TFCCU”), whose membership includes licensed-cannabis businesses. TFCCU was later denied a Master Account by the Federal Reserve of Kansas City in July. Although the Federal Reserve Bank of Kansas City is not a federal agency it has effectively embargoed the ability of TFCCU to access the nation’s payment system. TFCCU is currently challenging that decision in federal court, but it is clear that until Congress or the Courts act, most financial institutions are unable or unwilling to take on the risks associated with MCDs.

In California, the State Board of Equalization has been accepting sales tax revenues (mostly cash) from the medicinal cannabis industry for the past 20 years, and thus California should look into a state-chartered depository institution to provide, at the minimum, basic merchant services to allow businesses to pay their taxes and payroll via check or electronic funds transfer.

We need to learn from the lessons Colorado’s example has to teach us, and recognize that this is as of now a financial market inaccessible to cannabis businesses, and that is a market failure that only the state can remedy. Assemblymember Jim Wood has authored AB 1549 to create the California Cannabis Credit Union within the State Board of Equalization. This bill is the starting point for discussions amongst stakeholders and will be heard in committee early next year when the Legislature reconvenes.

Fourth, we need to take advantage of the provisions in AB 266 that allow us to set up a world-class regulatory financial tracking system using the latest technology platforms to provide real-time, safe, functional transactions which would enable tax agencies to receive sales tax revenues at the end of each business day (instead of waiting for a quarterly filing and hoping the money comes in).

Fifth, we need to ensure that any ballot initiative legalizing recreational use of cannabis in 2016 includes provisions that allow the State of California to establish a state-chartered credit union for the cannabis industry pending federal action.

Right now, one of the largest industries in California — and the tens of thousands of citizens who work in it — is being restrained from fully integrating into our financial and tax systems. This is a lose-lose proposition for our state. With legalization looming, we need to ensure that California is fully prepared to answer the difficult questions that come with building a new, regulated industry in a short time frame. Colorado’s growing pains can provide some useful lessons for California, and we need to pay attention to those lessons so that we are prepared for the changes that might be coming next year, and more importantly, to get those changes right the first time.

How to Get a Growers License in California